Over a year ago, I purchased a drone and added stereo photogrammetric surveys to the services my company can provide. Drones and photogrammetric surveys have earned favor and respect in the mining and quarry industries, and just as engineering surveys are a standard service many engineering firms offer, the drone-based surveys are now expected as well. My use of the drone is for easily gathering current orthographic imagery and topographic mapping prior to developing short-term mine plans for any given mine site. Many geologic and environmental consulting firms also offer drone-based photogrammetry services, so it’s not just engineers that use this technology. The rise in the prevalence of drones is largely due to the evolution of high quality, low cost drones (i.e. prosumer class, such as the DJI Phantom 4 Pro and Inspire 2), and the relatively new FAA Part 107 rule, which simplifies getting a license to fly commercial drones legally.

My primary measure of success, with respect to drone work, is not crashing or losing the drone. The first year has been relatively successful! And, I now know many things that I did not know when I committed to offering photogrammetric surveys as a service. Drone-based photogrammetry is difficult! And by difficult, I mean really very technically complex and challenging to get accurate results from. Photogrammetry draws on skills used in engineering and surveying, geo-spatial positioning systems (GPS), piloting, professional photography, geographic information systems (GIS), and computer aided drafting (CAD). It is a huge skill-set! Many who are reading my article to this point are already wondering why I don’t simply use a subscription service like Kespry, Airware/Redbird, or any of the many reputable providers competing for market share in this fast evolving business. The answer is simple; I am an engineer and I like to understand the nuts and bolts within the products and services I deliver to my clients. And, just starting out, my firm does not yet perform enough surveys each year to justify the expense of the subscription models.

My drone is the very dependable and affordable DJI Phantom 4 Pro. It is simple to fly, has a few ground station apps available to automate flight paths, and comes with an integrated 20 megapixel mechanical shutter camera with a 1 inch sensor. It is a good camera; the camera and gimbals, by themselves, are half the cost of the drone if they are ever damaged. I also typically use a circular polarizing lens on the camera to improve image quality, especially on sunny days. The positional accuracy of the integrated GPS is navigational grade only (+/- 10 m), so I always establish ground control points (GCP’s, or targets) with the use of base and rover GNSS receivers from Carlson Software. (The guys at Propeller offer an ingenious product and subscription service if the traditional base and rover are not your preference). Several GCP’s are evenly distributed across each area flown, and I typically aim for between 2 and 3 cm ground sample distance (GSD) with the adjustment of flight altitude. Larger quarries may go through three or four batteries, each having a useful flight time of up to 20 minutes, depending on wind conditions and other environmental factors. Quarries with particularly deep pits present their own unique challenges.

Flying the drone and gathering the data is, and always has been, an easy task when compared to processing the data. The difficulty of data processing first became clear when I could take a single image data-set, have it processed by multiple packages (e.g. PhotoScan Pro, Pix4Dmapper, PixElement, and so forth), and get different results from each package. Elevations at static, or unchanging, terrain points would vary from one survey to the next, sometimes by only 1 or 2 ft, but sometimes more than 6 ft! Terrain that was known to be flat would exhibit a dome effect as distance from GCP’s increased; sometimes the elevations would fall off tens of feet, other times a bowl shape would result. Comparing two surveys of the same stockpile, there might be 3 ft of difference in the top elevation, even though the toe of the stockpile agreed between the two surveys. There was seemingly no explanation for why this was happening, or why the errors were not reproducible between the various processing packages. And typical processing time was several hours per data-set, so frustration was building. As I was growing more concerned about my data accuracy, something termed camera calibration was becoming increasingly more important, but what exactly is it and how does one do it? And, why was the auto-calibration that is inherent in each software not sufficient? Lastly, if I could not improve the accuracy, then was it time to get out of the drone business altogether?

Accuracy is important, and the American Society for Photogrammetry & Remote Sensing (ASPRS) has written the ASPRS Positional Accuracy Standards for Digital Geospatial Data, which covers reporting the accuracy of photogrammetric surveys. After reading this standard, two questions were on my mind; 1) how do I properly determine what my survey accuracy is? and 2) how do I improve the accuracy of my surveys?

This past fall I attended the Commercial UAV Expo in Las Vegas, NV. I highly recommend this conference to anyone in the mapping business, if for no other reason than to witness the diversity in technology on the market today. Recently, Jeremiah Karpowicz published an interview with Logan Campbell, of Aerotas, for Commercial UAV News titled “How to Determine Which Drone Data Processing Solution Fits Your Business Need.” The article provides a great entry point to understanding the pros and cons of cloud-based automated processing, self-processing, and expert processing of drone data. Many of the themes in my article here are echoed in the comments from Logan in the interview. Attending the Expo did not really answer my questions related to survey accuracy, but did reveal some trends aimed toward addressing this. First, more drones used for photogrammetric mapping are being fitted with position technology called post-processed kinematic (PPK), rather than real-time kinematic (RTK) GNSS. Altavian has a really good explanation of the difference between PPK and RTK here. Also, AirGon has their relatively new PPK product, Loki, for the DJI drone family. Second, there was talk about camera calibration, but still not much explanation on how to do it; most claimed that it was taken care of in the software through auto-calibration. However, my observation over the past year is that more software developers have added fixed camera calibration inputs to their products.

Note that there is nothing physical to calibrate on the camera. Rather, camera calibration is a measurement of several internal parameters inherent to any given camera. Those parameters include focal length, principal point, affinity (B1), skew (B2), radial (K1, K2, K3, K4), and tangential (P1, P2, P3, P4) measurements. The result is a measure of the radial and tangential distortion for any given camera, and the measurements are camera specific, not just model specific. So, a database of camera calibrations would be impractical. 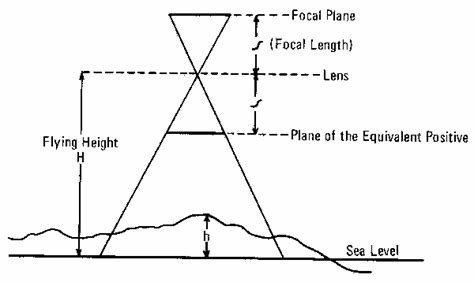 Agisoft’s Photoscan Pro (version 1.3.4) was one product I tried, and it happens to come with a very convenient tool for camera calibration, called Lens. Very simply, a black and white checkerboard is presented on a computer screen and the user takes several images from different angles using the drone camera. The images are then loaded into Lens, a series of calculations are made, and the camera calibration parameters are stored in an .xml file to be used later in processing. So, does it work? Well, yes … sort of! I re-processed some old data-sets and was able to get more accurate results when compared to physical survey points I had taken at the site, also termed check points. In fact, where I had good coverage with GCP’s (e.g. roughly one every 600 ft), the software was calculating vertical accuracy within 3 cm or less, as compared to the GCP’s and several check points I provided. Many check points reported less than 1 cm of horizontal and vertical error, and this was very exciting! However, as one moved further away from GCP’s, the dome effect was still present. Clearly, a better calibration method was needed, and so it became time to print out a larger, physical pattern and use more traditional methods of camera calibration. A brief internet search will yield numerous papers detailing such methods (M. Pérez, F. Agüera, F. Carvajal, 2011).

As for RTK or PPK, the application of that technology to drones is to reduce (or eliminate) the need to set GCP’s on a site prior to flying it. But, the technology is not cheap and, therefore, the penalty for crashing or losing the drone is much higher. From my perspective, the technology is great if you can afford it, and maybe it is more necessity than luxury. However, having good coverage of a site with GCP’s will also produce very accurate surveys, and I do not foresee the need for check points to measure accuracy of photogrammetric results ever going away.

As difficult as photogrammetry still is, why does Groff Engineering do it? Why not sub-contract or leave the work to the real professionals, as was the case before drones became so available? Those are valid questions most of my peers ask me. For detailed mine planning, current topographic mapping is usually required and the drone affords us the opportunity to gather the most current topography during a regular site visit, even with marginal weather conditions. Often, our smaller clients do not obtain annual surveys of their quarries, so available mapping is usually out-dated for use in mine planning. The drone survey adds about two or three hours to the total time on site, and we have optimized our processing in-house to where it is not a burden to the other projects and clients we serve. In short, the drone makes no financial sense, but we do it to improve the quality of our primary services. The real professionals, are still needed for LiDAR and other airborne remote sensing tasks, where capital is a high barrier to entry (includes both manned and unmanned aircraft).

Groff Engineering is currently producing surveys of stockyards and entire quarries that are in the accuracy range of 1 to 3 cm RSME, as confirmed with check points. We continually seek improvements in accuracy that are effective and affordable for our clients and our business. For the foreseeable future, drone-based photogrammetry will remain a service that we offer along with the outstanding mine planning services we provide our clients.

Some acknowledgements to the many people who have helped educate me over the past year: Special thanks to Benjamin Vander Jagt, of PixElement, for the many hours of discussion and allowing me to test his latest technology; Steve Riddell and Lewis Graham, at AirGon, and all of the staff in Huntsville for their efforts toward improving photogrammetry accuracy in the ‘Prosumer’ drone market; my clients (unnamed), without whose patience we would not be where we are today; and Robert Hiles, my flight instructor which has given me great appreciation for rules of the sky.