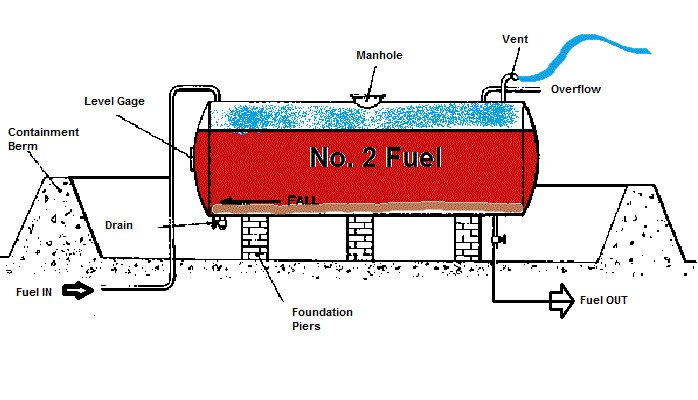 Several years ago I began a diesel fuel sampling and testing program not because I was particularly savvy about fleet management at the time, but because I had a particular experience that I didn’t want to repeat!  In general, we do not give much thought about the fuel that goes into our equipment.  Sure, we might track what gets delivered to the mine site and how much goes into each equipment, but beyond that there isn’t a lot of thought about fuel.

I recall that one day I started getting calls on the radio from operators experiencing loss of power on some of the heavy equipment in use.  The mechanics that responded to the call quickly discovered that in every case, the fuel filters were nearly clogged.  We eventually traced the problem back to the bulk fuel storage tank which was found to have significant amounts of water, sludge, and algae (e.g. biomass) resting at the bottom of the tank.  This operation was seasonal in nature, and we had just entered the busy season so fuel usage was more than usual.  This resulted in the bulk fuel storage tank getting a bit ‘churned up’ as we cycled through fuel deliveries, and of course this ‘churned up’ sediment that ended up being pumped into the equipment and eventually began clogging filters.

The “fix” was simple.  There are a number of companies that offer fuel tank cleaning and treatment as a service, and we enlisted the help of one of those companies.  Typical service involves bringing a filter cart on site and setting up a kidney loop filtration system to remove the contaminants, and then the technician will typically put a diesel fuel additive/conditioner in the tank to deter algae growth.  There are some specialty products specifically aimed at deterring algae growth in bulk storage tanks.

We were very familiar with machinery lubrication best practices, and one of the things we knew about enclosed oil reservoirs is that the fluids expand and contract with temperature, and the reservoirs breath.  Therefore, to avoid condensation of new, moisture laden air inside the case, one installs a desiccant breather, and these typically have some sort of indicating desiccant to alert the maintenance technician when the breather is spent and requires changing.  Why on earth we did not see the need to install desiccant breathers on our bulk fuel storage tank, I will never know!  It never even crossed our mind until this incident.  In any case, we installed some very large breathers on the tank to limit water contamination, and subsequent algae growth.  The first set of breathers lasted about a week, but over time as we changed the breathers and the tank “dried out” we were able to get two to three months out of a set of breathers.

It had likely been many years since our particular tank had a good cleaning, and the older equipment at this operation was likely not as sensitive to the contamination as the newer equipment was.  There are a number of additional fuel qualities that we began monitoring after this incident, and the result was a very proactive sampling and testing program that increased overall fuel efficiency and equipment productivity.  This post does not go into much of the technical aspects of fuel monitoring, but is simply a mention of the importance of knowing what you’re putting into your equipment as this is often overlooked.  For those of us with underground mining exposure and concern about diesel particulate matter, this topic should be particularly applicable.