This post is a mini case study about the importance of an effective lubrication program, specifically as it relates to draglines and shovels, or “big iron.”  It was later published in Machinery Lubrication Magazine!

Most of the time when I ask mine operators the question “what are you doing for your lubrication program?” the response I get is generally along the lines of scheduled preventative maintenance (PM) and used oil analysis offered by the equipment manufacturer.  I will be blunt and simply state that those tasks alone do not constitute an effective lubrication program.  Not even close.  This post will explore lubrication for “big iron.”  “Big iron” includes rope shovels, hydraulic shovels, draglines, and bucket wheel excavators; all large earth movers. 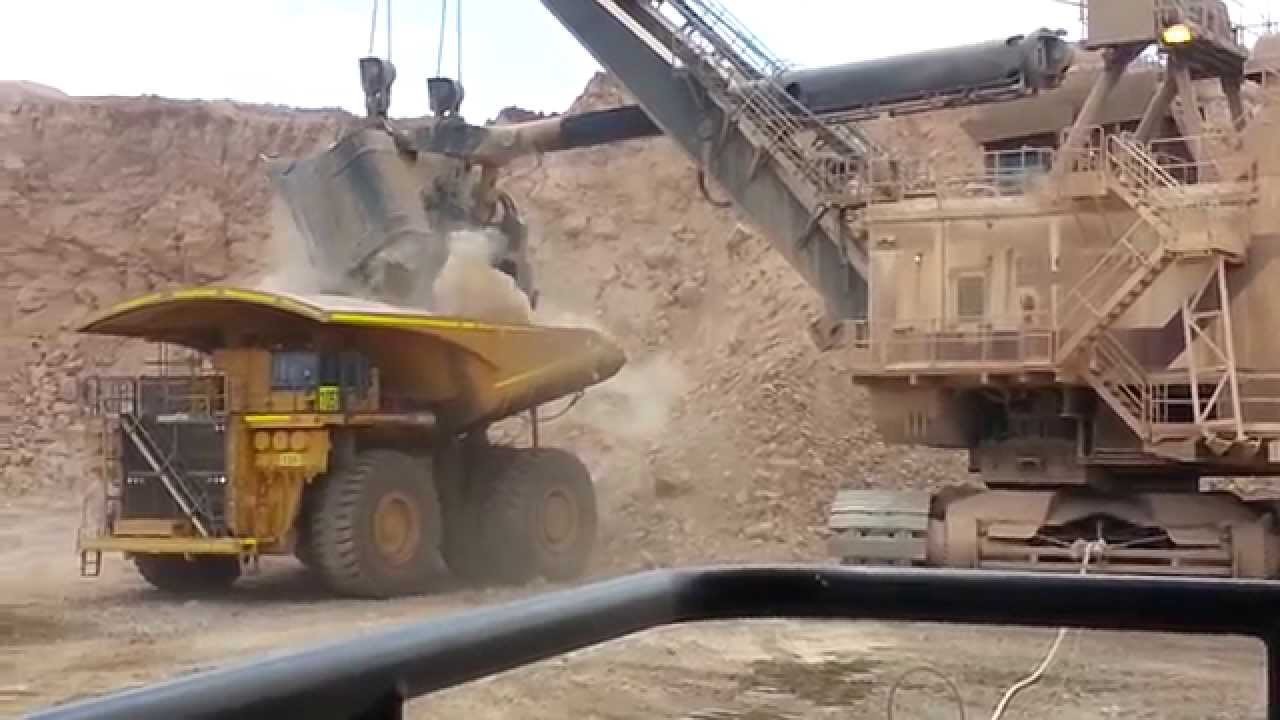 Let’s begin with a pair of Bucyrus 495-B shovels working the central Appalachian coal region.  These shovels had the planetary gearcases on the propel drives (ie. the tracks).  Minserco was a wholly owned subsidiary of Bucyrus and owned the maintenance and repair contracts (MARC’s) on both shovels.  I was new to Minserco and was tasked with improving machine reliability through effective lubrication.  At the start, one of four planetary propel gearcases in service would fail every six to eight months, on average.  In a matter of two years, it was conceivable that all four gearboxes would be replaced.  A single gearcase in 2006 cost approximately US$400,000 and lead times were increasing.  To further complicate the situation, most failures were catastrophic and gearcases could not be rebuilt.

Part of the problem was that there was no new oil sample analysis to compare the used oil to.  Lubricants for “big iron” typically have high viscosities (around 1000 cSt) and have very unique additive packages.  The only way to know if you’ve lost your additive package in your used oil is to have a new oil reference.

Another problem was the slate of tests being performed on used oil at laboratory.  As with most used oil analysis, labs sell a basic test package that runs US$15-$20 per sample.  Typically, that will include a 19 element atomic emission spectroscopy (AES) report, viscosity, and an indication of moisture content usually conducted by what’s called a ‘crackle test’ on a hot plate.  With “big iron”, the amount of wear debris that is considered normal always flags as exceptionally high levels at the lab.  Further, the AES test cannot fully account for particles bigger than three to eight microns, depending on what instrument the lab uses.  “Big iron” machine components are several orders of magnitude larger than “normal,” so of course, the wear debris is larger!  Put simply, the standard tests don’t see the full picture!

The solution is to develop machine specific test slates with custom alarm limits, and this must result in a premium level used oil analysis package.  For our 495-B planetary gearcases, I sent in new oil samples for a baseline reference.  I then assembled a test slate comprising of 21-Element AES, Viscosity, Total Acid Number (TAN), Moisture by ‘crackle test’, and Direct Read (DR) Ferrography.  The DR test is needed in order to overcome the particle size limitation with AES.  Initially, sample frequency on the four gearcases was weekly so that we could increase data density and understand what ‘normal’ looked like.  The maintenance teams thought this was overkill, but I had buy-in and support from management to do this.

I recall one of the gearcases was new and just put into service.  After two weeks of operation, they sampled the gearcase.  When I received the report back, I ordered a re-sample immediately because the additive levels of the used oil did not appear correct.  The resample confirmed we had lost the additive package of the new oil.  This is not atypical for new oil in new machinery, and in non-technical terms what happened was that the additives had attached themselves to the machinery components and were no longer suspended in the oil.  The corrective action is an oil change.  So, I ordered an oil change on the gearbox that had been in service literally only one month.  Cost of the oil change: US$3,000-$4,000.  Cost of a new gearbox: US$400,000.  We changed the oil and continued monitoring.

Traditional wisdom for maintaining this machinery was to change the oil about every six months, and in actuality it was more like once per year.  As we continued to monitor on a bi-monthly basis, the in-service oil was good for about three to four months before additives starting dropping out and oxidation levels increased.  With custom test slates and close monitoring, the used oil analysis determined the oil change intervals and we stopped having planetary gearbox failures completely.

I like to look at effective maintenance in terms of profits generated.  The baseline case for this example is a gearbox failure every six months, for a cost of US$800,000 per year in parts alone.  The baseline case for oil change cost was two changes per year per gearcase at a cost of say US$3,500 per oil change, a total of US$28,000 per year for the fleet.  We increased that to say three changes per year per gearcase for a total cost of US$42,000.  The cost of used oil analysis is negligible.  But, for a US$14,000 increase in lubrication costs, the profit is USD$786,000 per year.

I’ll caveat the oil change interval by stating that it is highly dependent upon how much the operator trams the shovel, and a long distance tram will generally require an immediate oil change following the event.  Effective lubrication programs target and monitor specific failure modes, and there is no “standard package” applicable to “big iron.”  There are many other best practices not detailed in this short case study that are reasonable and profitable to implement at your operation.  Whether you have “big iron” or more common sized mining machinery, knowing the limitations of the technology used to monitor asset health and tailoring your maintenance activities to overcome those limitations is paramount to achieving success.